I never thought a soul alive could make a meat lover like me interested in trying carrot bacon, yet Tabitha Brown changed my mind…and millions of others.

The video, where she whips together ingredients like garlic powder, smoked paprika and liquid smoke to create a vegan version of a meat lover's treat, is what catapulted Brown into the consciousness of Instagrammers and Tik Tokers everywhere. To date, it has almost 800,000 views on Instagram alone, making it the second time she's gone viral.

The first time Brown stole hearts virtually was in December 2017, when a video of her indulging in a Whole Foods TTLA sandwich (that's tempeh bacon, tomato, lettuce and avocado) went viral on Twitter and Facebook. But as Brown confesses, she never imagined herself going vegan, or becoming internet famous. It was God's plan, not hers. 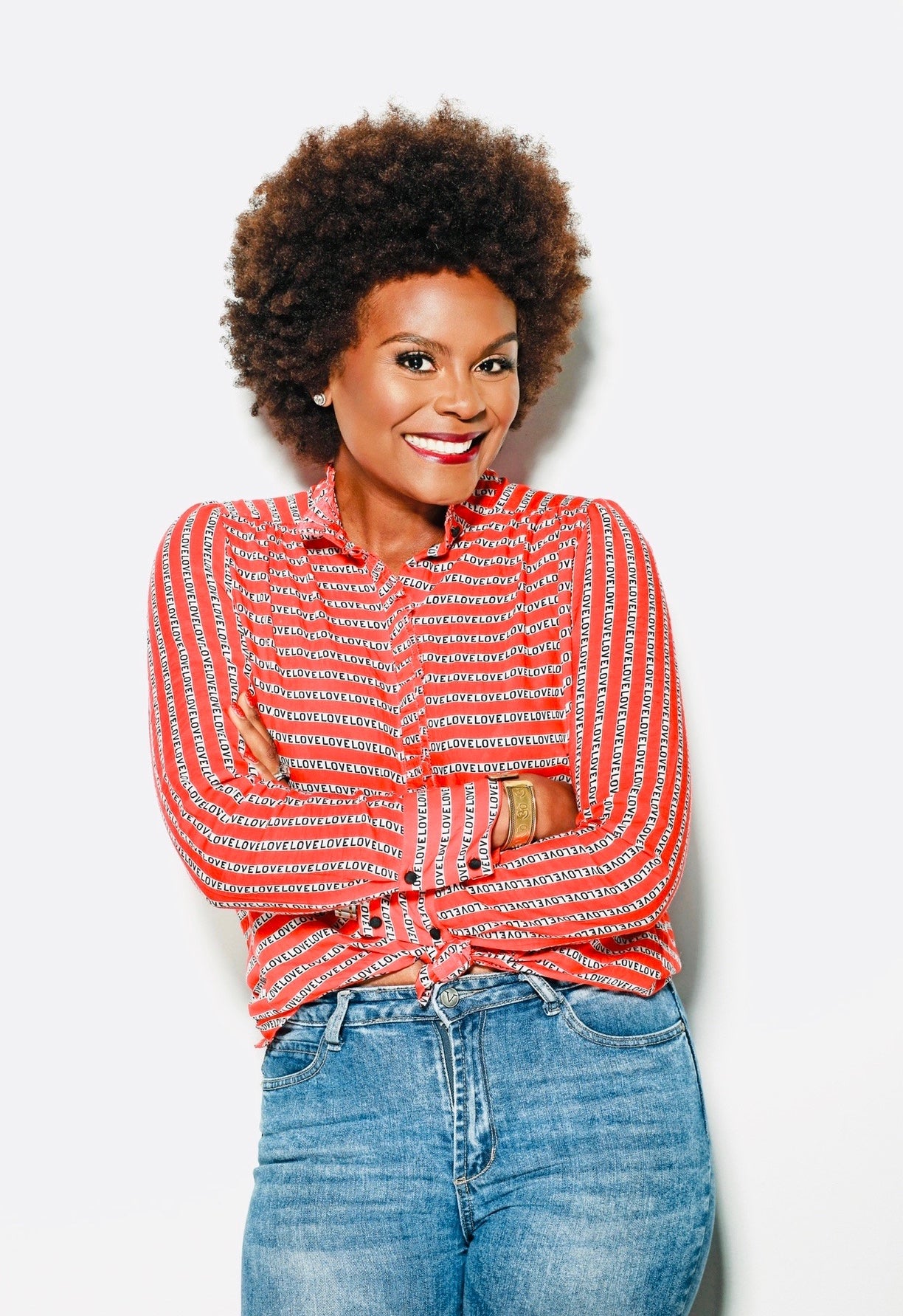 Brown and her husband Chance moved to Los Angeles from North Carolina so that she could pursue acting, but a mysterious illness popped up and hindered her plans. "I got sick back in January of 2016," she tells ESSENCE. "I woke up with this resting headache in the back of my head. It stayed there every single day for one year and seven months. I was in chronic pain, depressed, had major anxiety and panic attacks. And I was no longer able to go out and do stand up comedy and acting the way I used to."

Exhausted and fed up with the ineffective medications prescribed by her doctor, Brown sent a desperate prayer to the man upstairs. "I said, 'God. I'm exhausted, and I really don't see any light in this. But if you will heal me, you can have me, and I will do whatever you ask.'" Not before long, Brown started having dreams about being on TV with her natural hair and speaking proudly in her accent (she says for years, she'd straightened her hair and hid her sweet southern drawl to appeal to casting agents.) Shortly thereafter, Brown's daughter Choyce recommended she watch a documentary she'd seen in school called What The Health. It inspired her to go on a 30-day vegan challenge with her husband.

I didn't stop [eating meat] because I didn't like how it tasted. I did it to save my life.

Brown says she was initially against God's nudge to start filming her vegan recipes, but her views took off once she finally accepted the challenge. It's no wonder Brown's following is now in the millions. Her bubbly personality and unshakable positivity radiate from the inside out, and her inner glow is felt even through our phone call. I discovered that her famous catchphrase, "'cause that's your business" has a deeper meaning: you make your own rules!

"I'd never tell somebody what they need to do," she insists. "I'd be a hypocrite. Honey, I ate meat for the majority of my life, and I didn't stop because I didn't like how it tasted. I did it to save my life. So I just always encourage people to do what's best for their health."

Though her family is mostly vegan, she says she never pressured her two kids or husband, who often guest star in her videos, to make the transition.

Come for the food, stay for the wisdom.

Brown's followers often comment that watching her videos is like getting a giant, soul-soothing hug from your auntie or "strong friend." She embraces that people gravitate towards her light, because she remembers vividly how it feels to be consumed by darkness. "I've dealt more death than I can count," Brown says. "Getting sick and thinking that I was going to die, I was in such a dark place. So when God brought me out of that, I never want anyone else to have to endure that. My goal is to always make people feel loved, seen, and heard. That is part of the reason I do my videos very close to my face. I want people to feel like it's just me talking. I'm here for you, and thankfully, God has really purposed me for this moment."

In both the food and wellness industries, Black influencers are noticeably being overlooked by major brands and on mainstream platforms. In fact, Brown says she didn't see many other Black women preaching the gospel of healthy eating before she made the switch. "I would hear the word vegan and my mind would instantly think of white women or maybe Asian people," she reveals. "After getting on this journey myself, I started researching and learning things. Our original diet, before slavery, was majority plant-based. We had to eat whatever was given to us [as slaves]. We're not longer in that mode."

The door of veganism has opened Brown to a vast new world of opportunities. For one, she's no longer working odd jobs or driving Ubers in order to chase her acting dreams. She acknowledges some exciting projects on the horizon that she can't yet spill the tea about, but says her goal is to ultimately become America's mom.

"I always told people I'm like Clair Huxtable meets Roseanne right in the middle. I always wanted a TV comedy just like that, with me as the center, where I can explore all about my family, my life as a mother and wife, pursuing a career and trying to balance it all. Now I'm in development for that."