Like many in the hospitality industry, Anthony Thomas has gotten creative in the face of the pandemic. The private chef and caterer spent the first few weeks of the stay-home order in his Upper Marlboro condo with his wife and four year-old daughter, Ashlyn, "driving one another crazy" but also working on an illustrated vegan cookbook for kids. The Little Vegan Chef, inspired by the time cooking for and with his daughter, is now available on Amazon for paperback delivery or Kindle download. 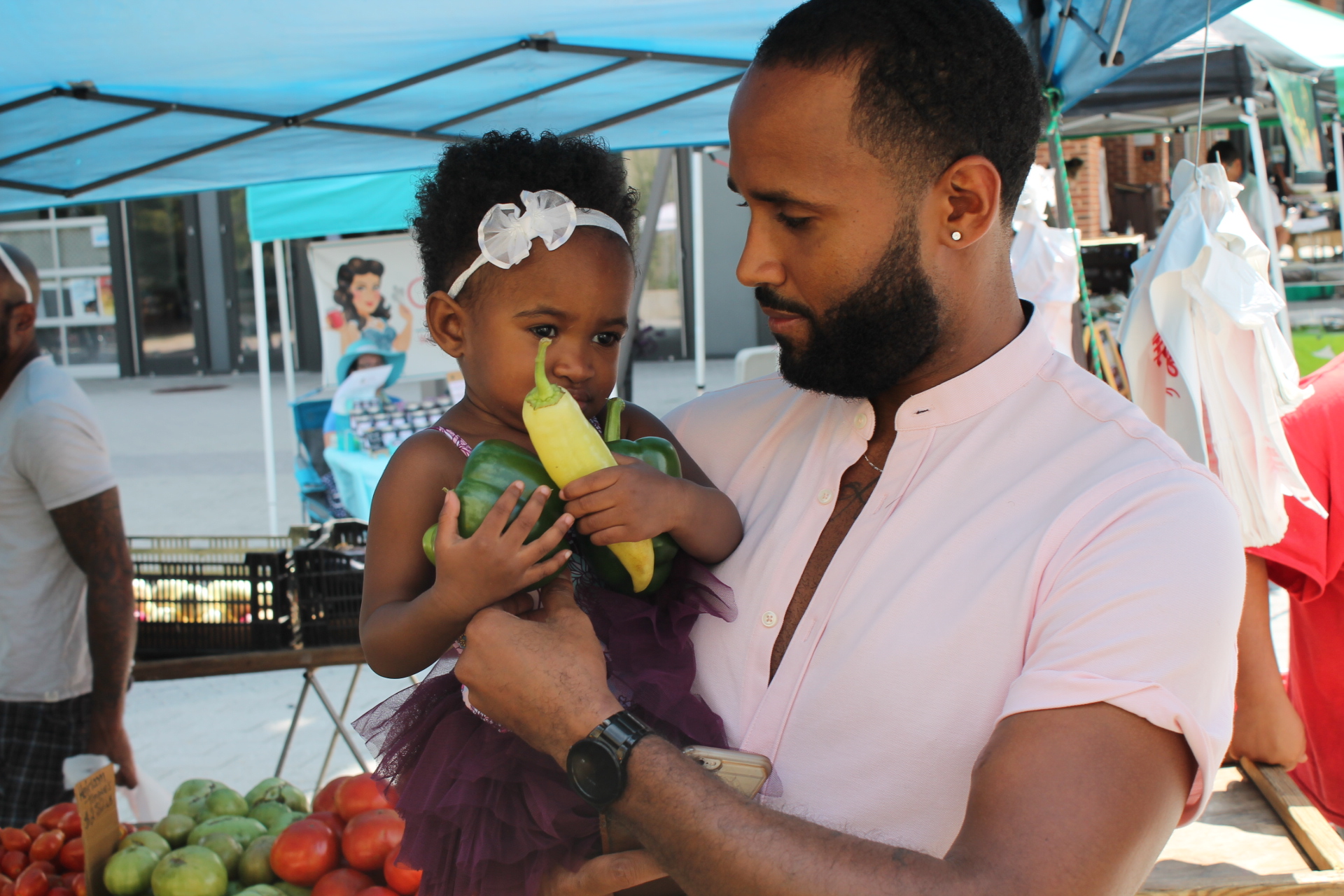 Thomas, a DC-area native,  has been a proponent of healthy eating and a vegan lifestyle since he was diagnosed with a life-threatening brain condition (he recovered after surgery in 2006). As for his daughter, "she just loves fruits and vegetables," Thomas says. His first illustrated book, Mommy, Daddy What Is This?, was inspired by family trips to the grocery store, where the toddler would ask tons of questions in the produce aisle. Now that the focus has turned to home activities, the book is filled  with "fun, quick recipes parents can do with their kids in the comfort of their kitchen in 10, 15 minutes," Thomas says.

Thomas was able to turn out the book quickly thanks to an illustrator he worked with on freelancer network Fivver. He lets Ashlyn join in on the recipe testing, slicing tomatoes (with protective gloves) for pico de gallo salsa or putting spuds in an unheated oven for sweet-potato pudding. Other recipes include hummus and corn salad—all four year-old approved.

"She's the biggest critic I have. If she doesn't like it, I know it's not right," says Thomas.