One of the greatest (and most restrictive) Jewish food holidays is nearly here: Passover. Luckily, as a vegan, I have some practice with dietary restrictions. I also think that being vegan is one of the best ways to celebrate Passover (it's a holiday about freeing those who are enslaved, and animals held captive for food are by far the world's most enslaved population). So, for me, being vegan on Passover and bringing some of these vegan Passover recipes to a seder is a no-brainer, a continuation of my Jewish ideals. That said, things can get a l ittle complicated.

For those who don't know, on Passover, Jews refrain from eating "chametz:" anything that contains barley, wheat, rye, oats, and spelt. Many Ashkenazi Jews also don't eat something called "kinyot" — corn, rice, peanuts, and legumes, based on the logic that they are also used to make bread, and may have other grains mixed in. That said, eliminating kinyot has mercifully fallen out of "style;" in 2016, the Conservative movement "ruled" that those foods were indeed kosher for Passover, meaning that m ost Jews will feel fine about eating kinyot now. It's up to you, but for the purposes of this article, I'm going to include recipes with kinyot ingredients, but avoid chametz. Got it? Oy vey!

I promise, this will be fun. Vegan recipes are actually pretty perfectly suited to keeping kosher in general (no need to worry about mixing meat and dairy!) so if you have religious family, you can feel assured that bringing a vegan dish is a solid move this Passover. Here are 29 vegan Passover recipe ideas for 2020. 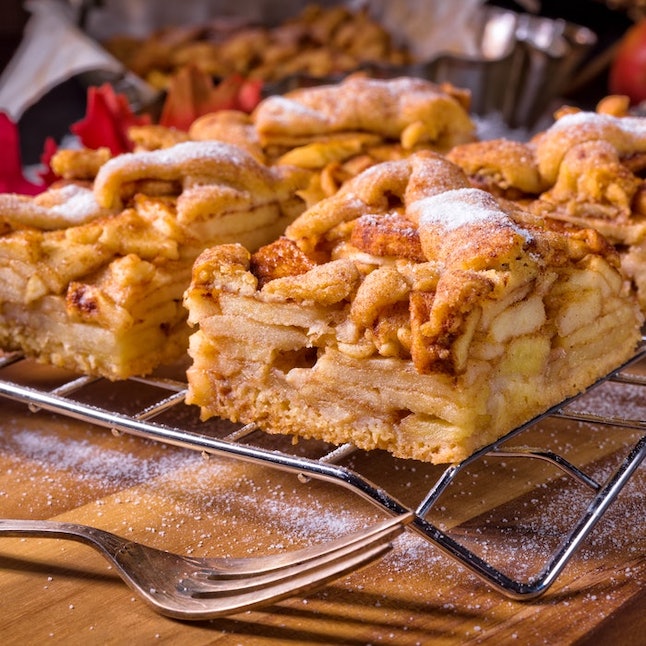 Basically homemade Larabars, this recipe by Minimalist Baker is kind of like haroset in breakfast form. 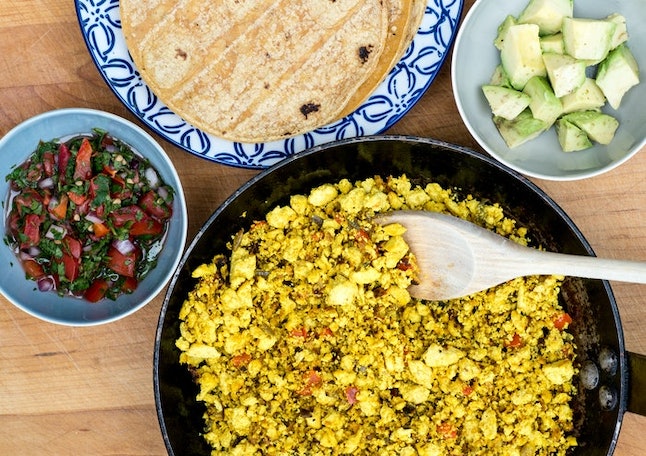 If you're more of a brunch person, this recipe by Minimalist Baker is kosher for Passover — and totally filling and delicious (you even have some bitter greens in there for holiday spirit). 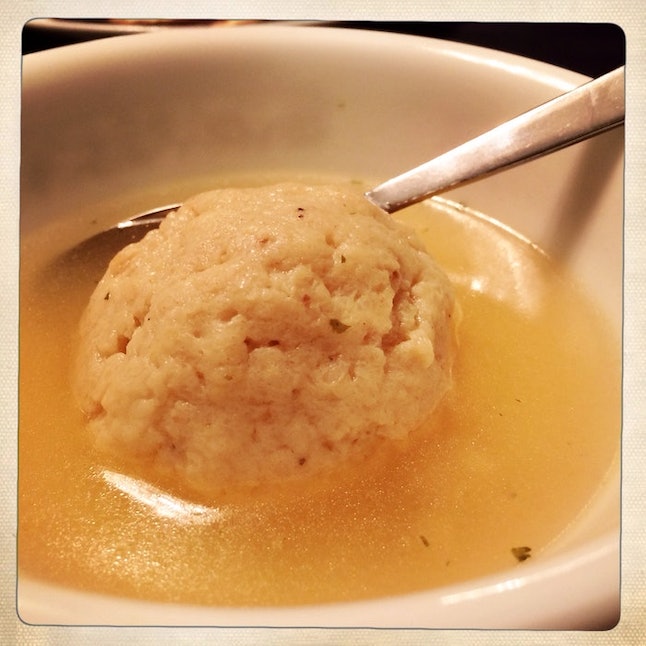 It's Passover, which means you're going to need a vegan recipe for matzo ball soup. This recipe by Fo Reals Life is classic, and won't let you down. 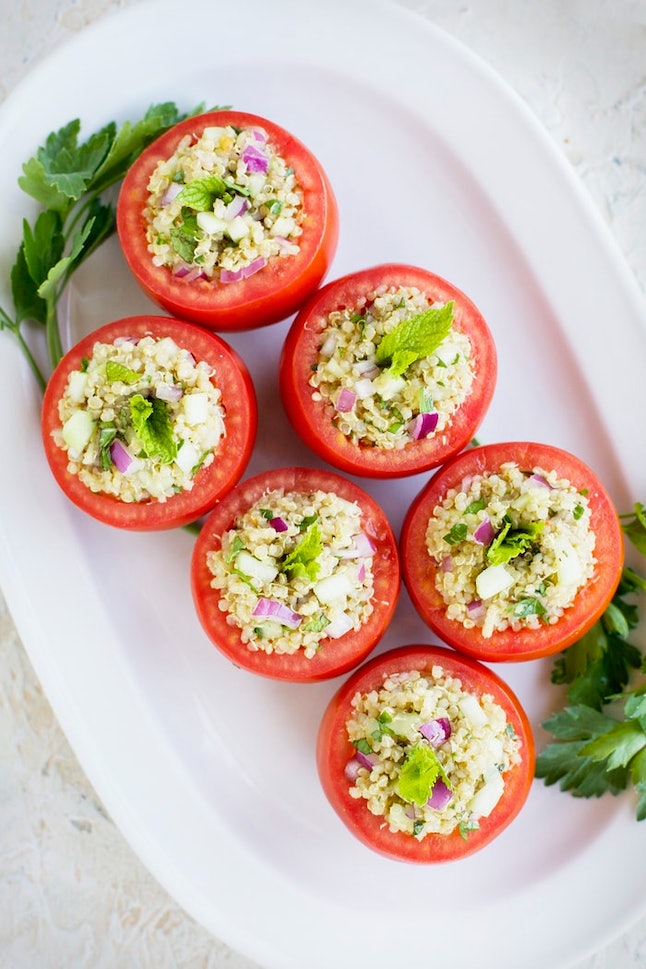 A great appetizer by What Jew Wanna Eat, this dish is kind of like kosher-for-Passover bruschetta. 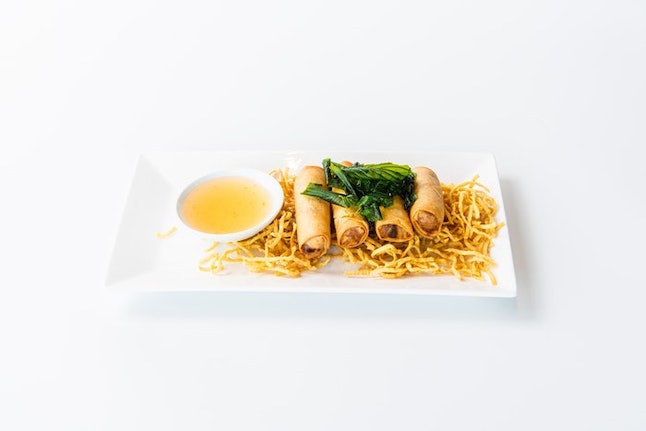 If you have a more modern seder, this Minimalist Baker recipe would be a much tastier way to dip your bitter herbs — first in saltwater, then in cashew dipping sauce. 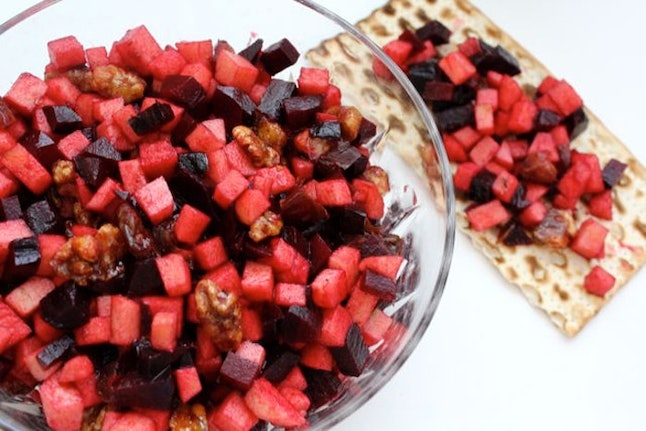 Whether you spell it haroset or charoset, as far as I'm concerned, eating this classic Passover side is the best part of the meal. This recipe by What Jew Wanna Eat includes beets, making the already-vegan dish even more unique (just sub honey for maple syrup or coconut nectar). 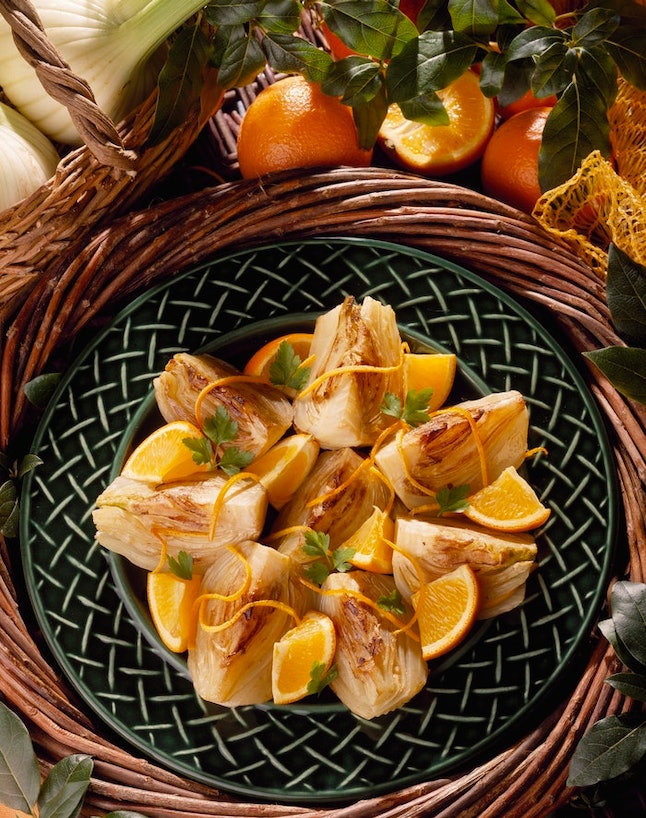 This May I Have That Recipe dish isn't just delicious to eat, but it's also great to look at. A beautiful mix of veggies, this dish would make a great addition to the Passover spread. 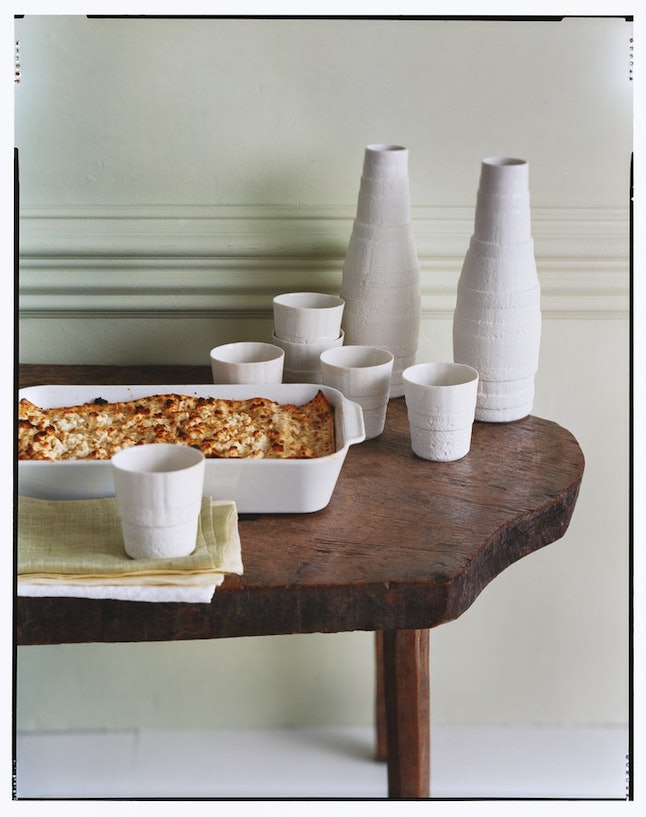 If you're worried about a vegan main dish, this pie by Fat Free Vegan Kitchen is hearty enough to fill everyone up. 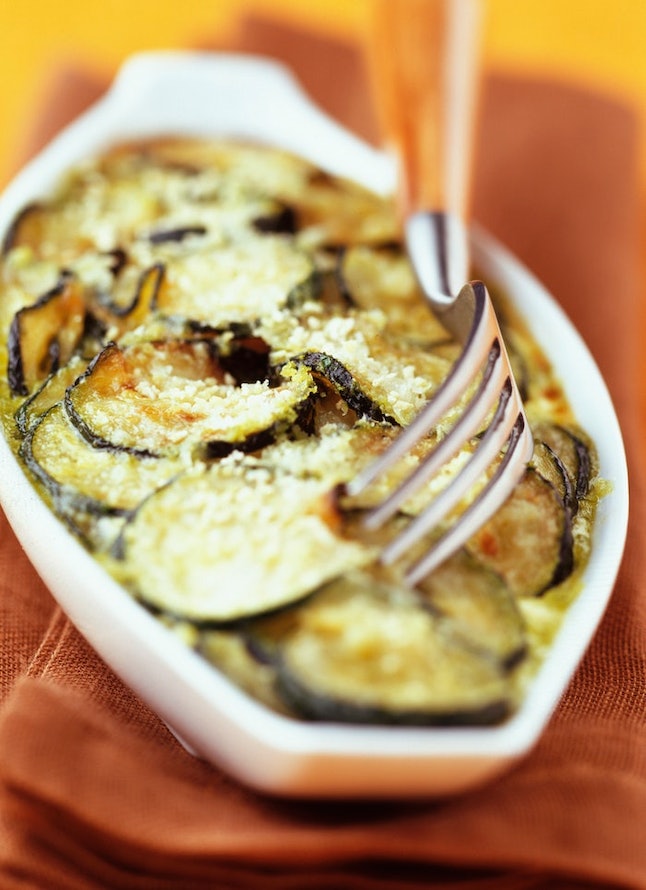 Another beautiful main option, this gratin by Minimalist Baker is totally vegan — and totally kosher for Passover. 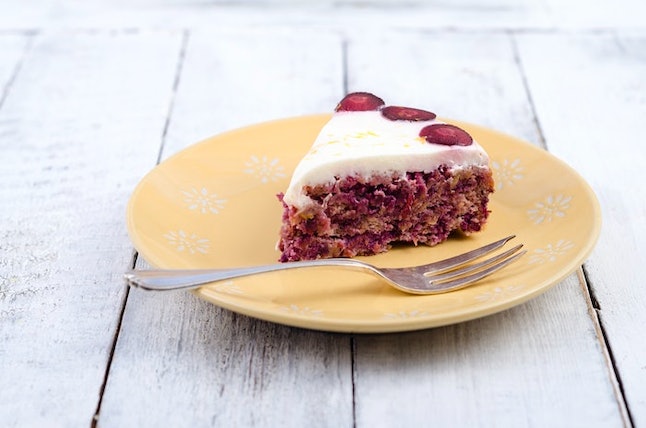 Finally, onto the only thing that matters — dessert! This Connoisseurus Veg recipe is great for even your most health-conscious Aunt, and is totally kosher for Passover since it's grain-free. 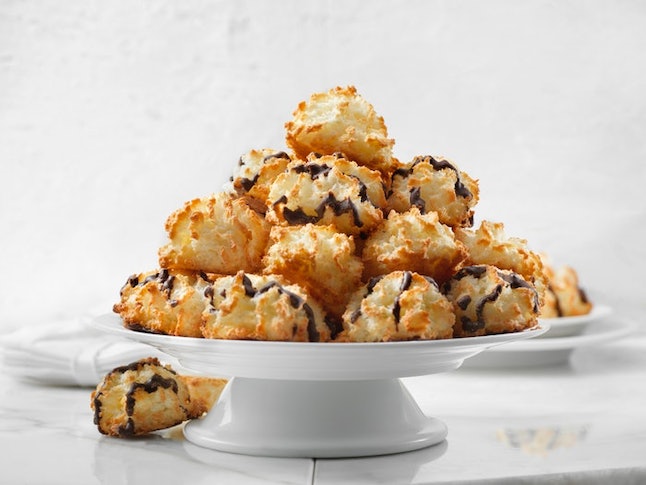 Everyone knows Passover means macaroons. This recipe by Minimalist Baker is my go-to quick dessert to bring to a potluck — they never fail. If you're really in a rush, you can even skip the chocolate step, and they'll still be great. 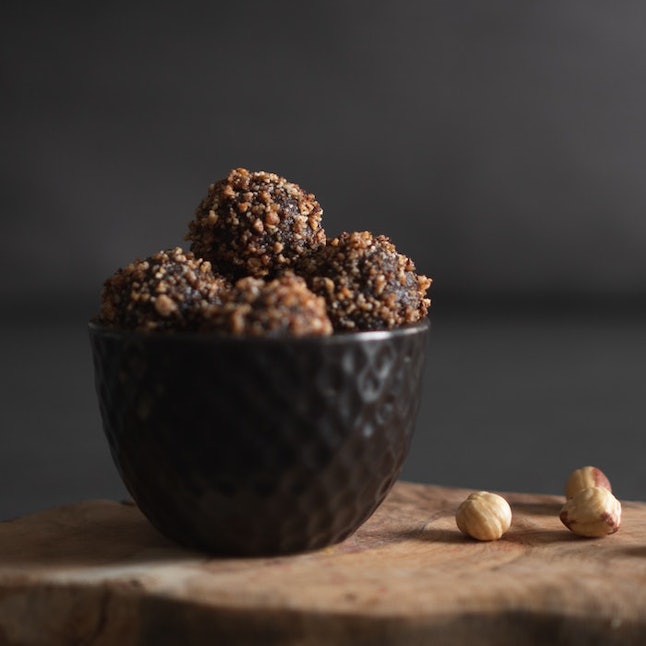 These kosher for Passover vegan truffles by What Jew Wanna Eat will definitely make you the hero of the kids' table. 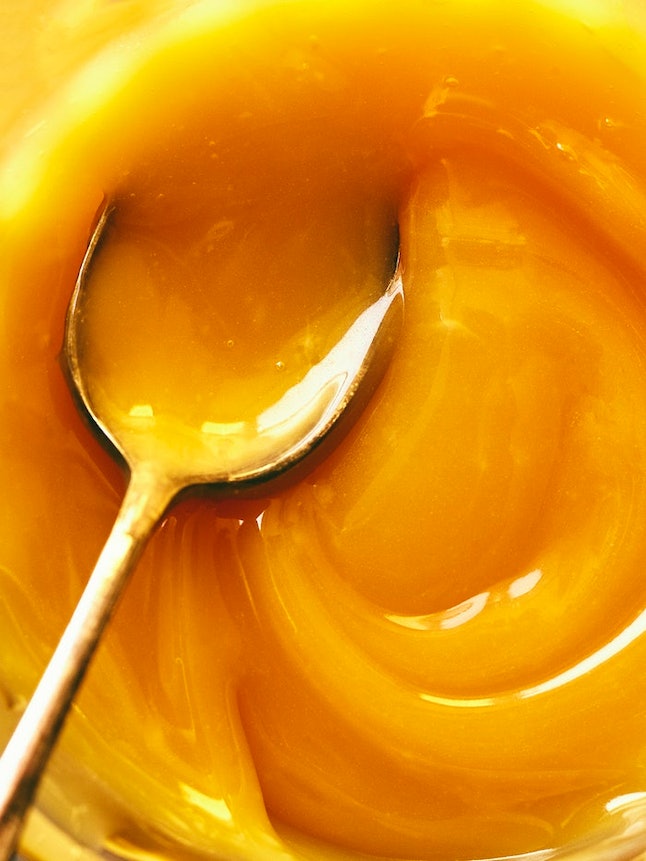 A beautiful dessert you can make the night ahead, this recipe by Minimalist Baker is totally delicious, easy, vegan, and kosher for Passover. 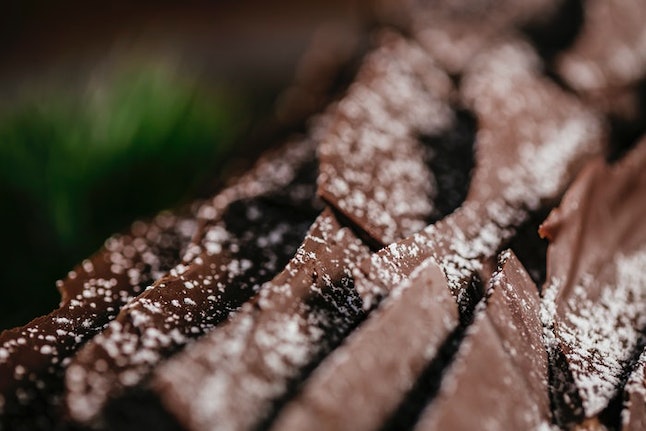 It's all about that chocolate covered matzo bark — and this recipe by What Jew Wanna Eat easily teaches you how to make your own with vegan dark chocolate. 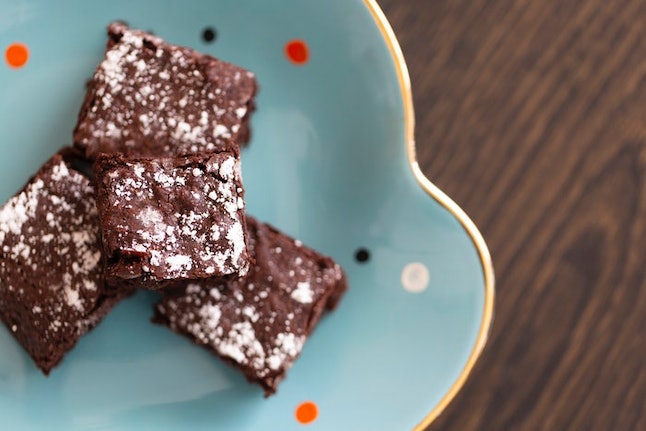 These vegan raw brownies by Minimalist Baker are perfect for the gluten-free among the crowd. (Actually, most of these dessert recipes are). 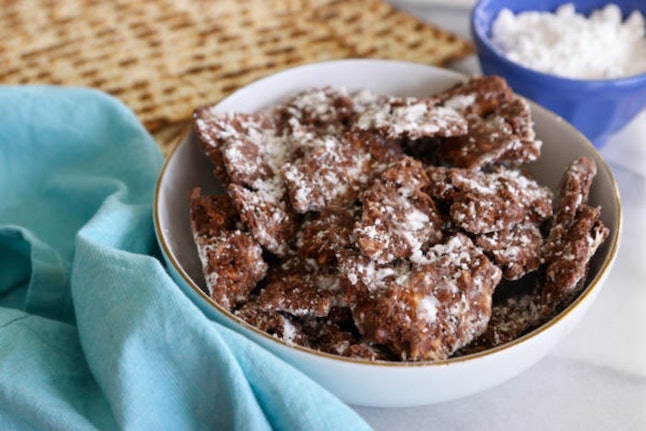 If you're not worried about peanuts on Passover, just use vegan butter or margarine for this What Jew Wanna Eat recipe. 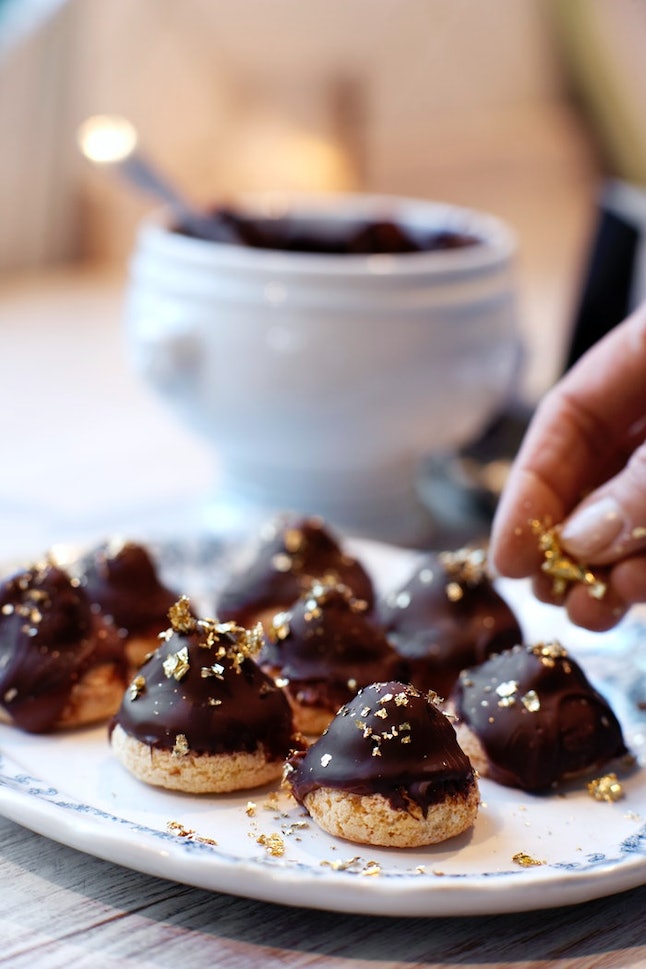 If you want to make some truly unique macaroons, these Minimalist Baker beauties will impress the whole mishpacha without actually being much work. 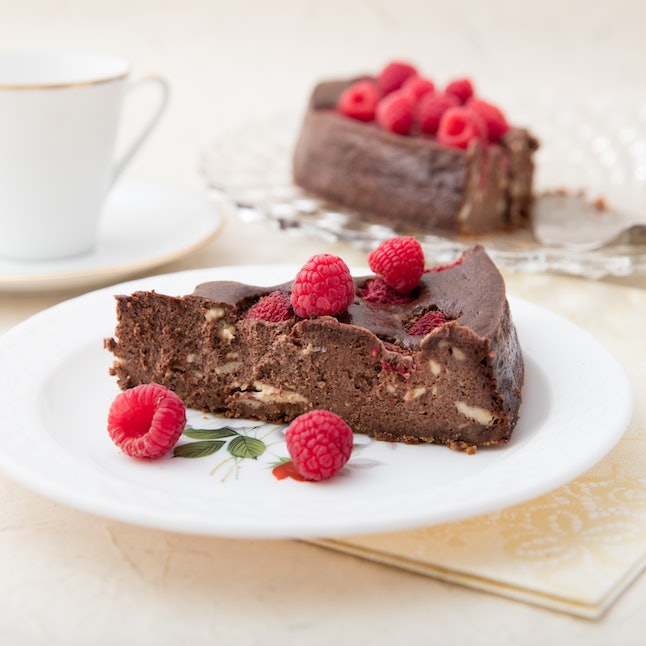 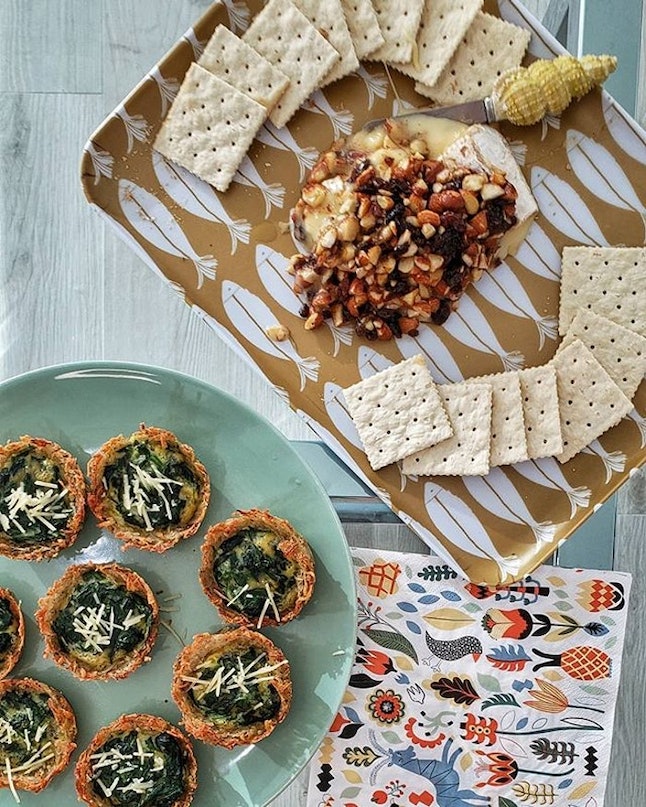 If you're going for a lighter appetizer rather than a heavier meal, these spinach potato nest bites from May I Have That Recipe? will be all you need. Each one of these beauties is perfectly sized and shaped for every person at your dinner table. 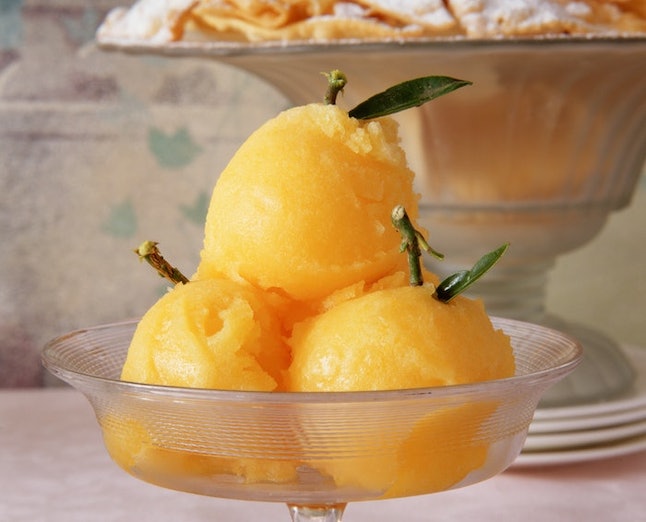 This'll make for the perfect light and refreshing dessert for your Passover meal. This vegan orange sorbet from Tori Avey is not only delicious but also super easy to make. Win-win! 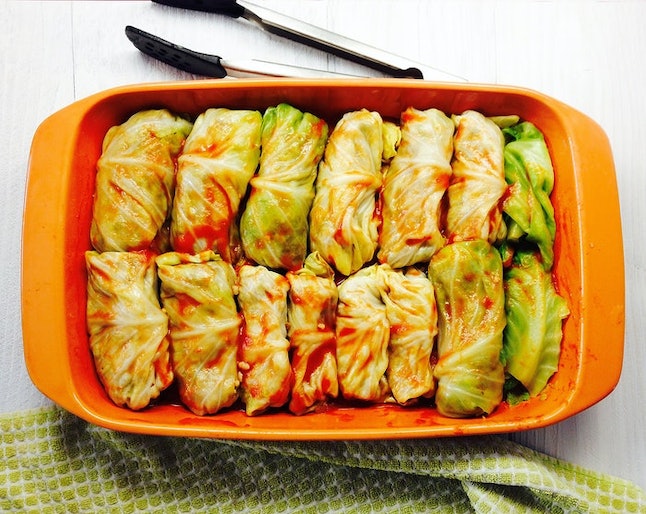 A simple but tasty and healthy meal, the Minimalist Vegan's vegan cabbage rolls are sure to steal the show at your Passover Seder. The ingredients are super easy to find and only take less than an hour to throw together. 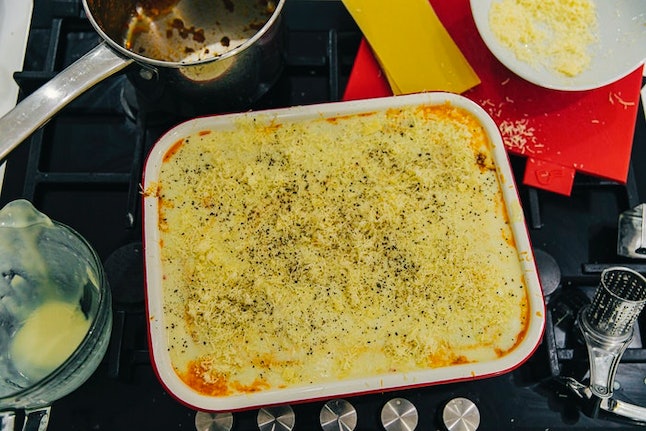 Want to switch it up with some lasagna at Seder? This Matzah Lasagna from Jamie Geller is not only vegan, but it's kosher and super healthy, so you get to check all the boxes all while chowing down on some pasta. 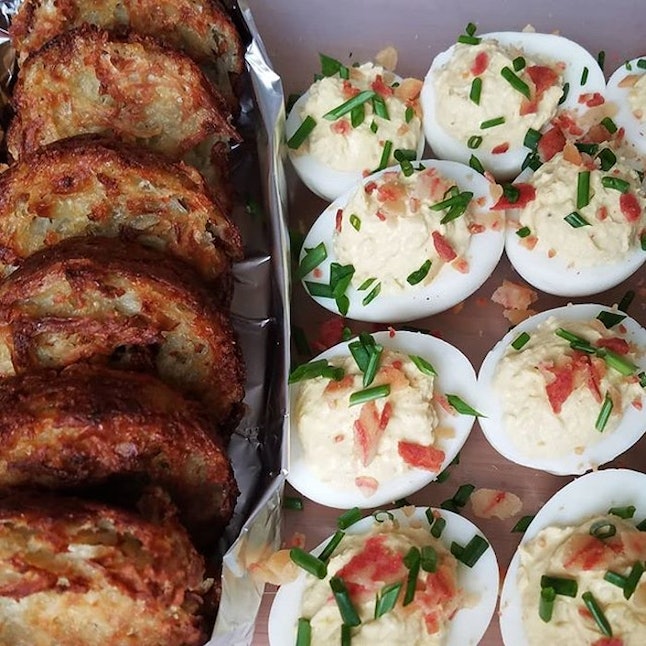 This recipe by VegAnnie doesn't use eggs, but it has all the flavor of a regular potato kugel without the use of as much oil or fat. These also taste super similar to hash browns, so that's just a plus in my book. 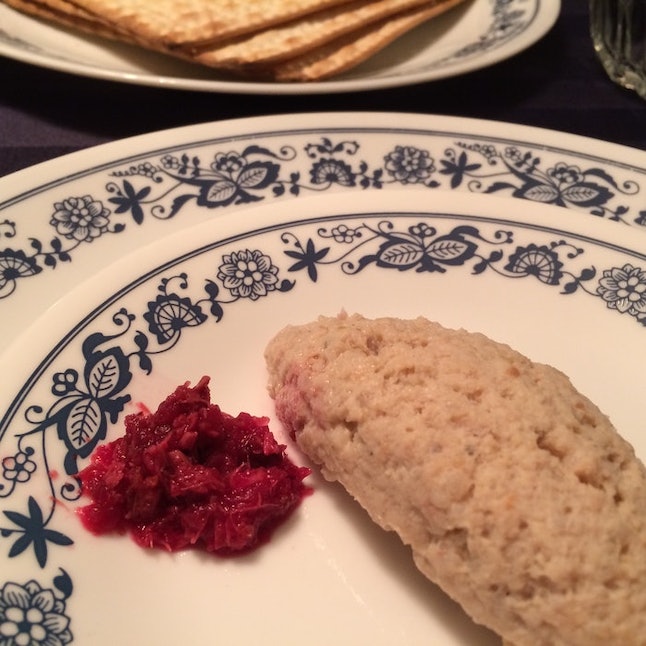 The Jewish Vegetarian Society has a great recipe for vegan gefilte fish that'll fill you up and leave a great taste in your mouth. The recipe uses cauliflower, parsnip, onions, and spices to mimic that fish flavor.

Happy Passover! If you'd like to find out more about how veganism aligns with Jewish values, check out Jewish Veg — they've got you covered.